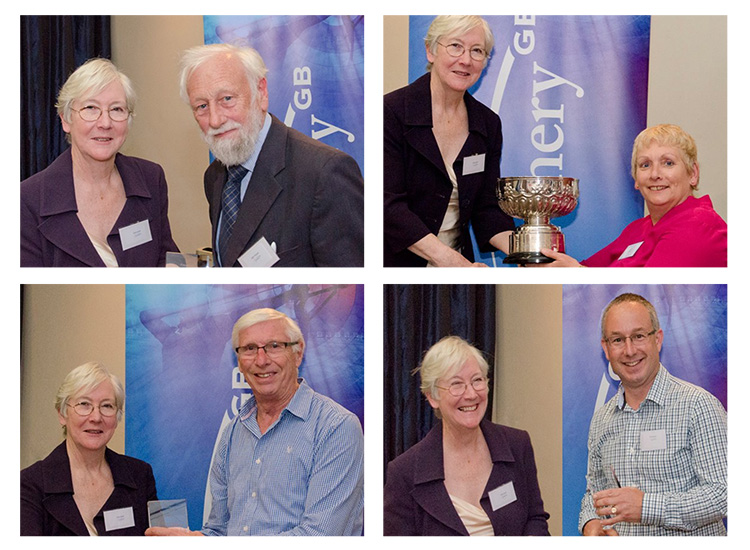 Congratulations to the archers and clubs of the West who were honoured at this years Archery GB AGM in Birmingham:

Jo Frith was awarded The Gussy Trophy for wheelchair archer of the year. She won W1 mixed team gold with John in Rio, plus individual silver.

Honorary Life Membership was awarded to:

John Poyner, for his outstanding contribution to the sport.

Tim Jackson, for his outstanding contribution to major archery events over the past 15 years.

Bronze Plaquettes were awarded to:

Tony Smith, for more than 60 years of devotion to archery and being an outstanding ambassador for our sport.

Malcolm Grant, for his devotion Brixham Archery Club, his development and coaching roles with Devon and Cornwall and helping wounded veterans into the sport through Help for Heroes.

Andrew Rees, for his dedication as a member of the Archery GB field team since 2005 and his contribution to running the sport at club, county, regional and national levels.

Tim Pratt, for his work as Chairman of the National Tournaments Committee, leading the team that runs some of the sport’s most prestigious events.

Sheena McCullough, for championing inclusivity and helping to make Archery UK accessible to all.

Junction Archers received this award for their e-magazine. The club was praised for the way it engages and supports members.