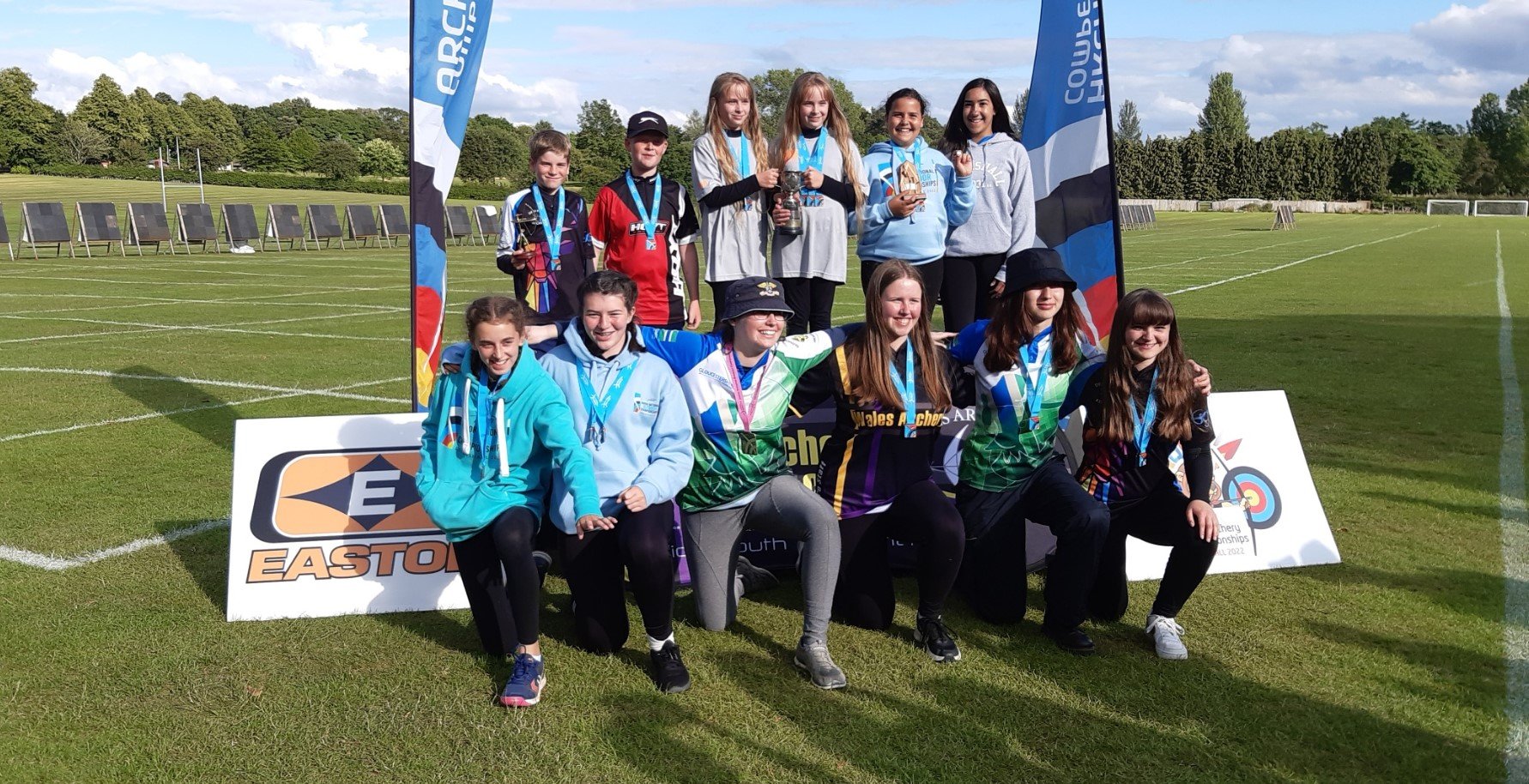 Another incredibly successful year for Gloucestershire’s juniors at the Junior National Outdoor Champs this past weekend. 20 archers competed, some for the first time at a national tournament. There were 4 national records claimed; 26 county records; 27 JMB* and MB* scores; 5 Championship trophies won, these were awarded to Grace Curran, Lily Partridge, Sam Bowden, Amber Snell and Erin Moyce. The highlight, arguably, was winning both county team trophies. The first was for Mixed Recurve and Barebow, awarded to Gloucestershire for the time in the trophy’s 67 year history! Winners on this team were Amber and Ava Snell, Carlos Amata and Sophie Leivers. We also won the trophy for County Mixed Compound Team, thanks to the impressive efforts of Louise Bassett, Ryan Faulkner, Lily Partridge! It was an exciting and eventful tournament and we congratulate all of our amazing junior archers who took part.